When  re potting Cacti and Succulents especially cacti it can fill most people with dread haha! and because these plants come in a huge variety of many different shapes and sizes, its impossible to say there is just one way of re-potting them, I have found the usual suggestion of using bubble wrap and gloves totally hopeless, as spines will go right through most gloves and certainly bubble wrap, I can just imagine the firework sounding display going off every time you try to re pot a cactus using bubble wrap haha! My experience when it come to re potting these pricky fellas is to use lots and lots of newspaper and cardboard as well as VERY thick professional gardening gloves.

The best time to re-pot plants is always during the growing season which for many of the Cacti and Succulents is during the Spring and Summer, if you have to re-pot a plant during the winter for any reason then make sure you only use totally dry soil medium and do not give any water again at all until the Spring.

The soil medium should always be well drained check out the section on here where I talk about growing mediums for your cacti and succulents and also how you can easily make your own.

Most commercial cacti and succulent mixes are made with peat which is very environmentally unfriendly, natural peatbogs are being destroyed because of peat being used so commercially. We are losing valuable rare wildlife because of it. Peat can be difficult to avoid completely as it is in practically in all commercial soil mixtures now, and peat based soils are necessary for many other types of houseplants. True soil based composts are becoming more and more scarce which is a sad reflection. Certain indoor plants may grow better in peat based mixes so understandably this is difficult for many growers to avoid using it in all cases, but when it comes to cacti and succulents they do not need a peat based compost and actually do much better in a soil based one. Most indoor and outdoor gardeners are completely oblivious to the impact that using peat has on the environment, because peat is so widely available and the environmental impact is not spoke about much, its best if you can minimalize using it as much as possible.

Always look for soil / Loam based composts such as John Innes that only use a minimum amount of peat in the soil mediums.

When you re pot a Cactus and Succulent plant NEVER water it until at least 10-14 days after, however shrivelled up it looks, a plant will soon recover afterwards when the roots are settled and healed and will very quickly fill out again when normal watering is given, this goes for the Epiphytic cacti too. Keep Epiphytes that have been newly re-potted in a shady spot away from bright sunlight and heat for a couple of weeks before re introducing water again, if stems show any signs of shrivelling then lightly spray the stems with clean rainwater. After 10-14 days water can be re introduced slowly again to your newly re-potted Cactus or Succulent.

I think one of the biggest mistakes a lot of people do when growing succulent plants is that they pot up their plant in a pot that is way too big, a cactus or succulent will very rarely die if under-potted especially if it is receiving regular feeding, but a plant potted up in too big of a pot for its current root system will be very prone to root rot. Over the years I have lost many a plant from over potting but never have I lost a plant to under potting. A lot of cacti and succulents are used to growing in small rock crevices in their natural habitats that has excellent drainage, Succulent plants do not like their ‘feet’ to be kept damp for too long. Most cacti and succulents have shallow root systems compared to their size and potting up a succulent plant that is in a pot with too much soil medium around it will very likely succumb to rot however careful you are with its watering. If you do have a plant that is very top heavy and you think you need to balance the weight of it out with a large pot, then use a clay or glazed pot instead of a plastic one for weight and put a large rock or heavy stone onto the pot to weigh it down, this is a far better thing to do than to re pot it into a pot that is far too large for its current root system.

You may hear some growers saying to re-pot plants every couple of years but personally myself as long as the plants seem happy and healthy and well fertilized then I would only re pot them when I see visible signs of roots coming from the holes in the bottom of the pot. or if my plant is showing signs of shrivelling or yellowing. When a plant starts to shrivel or goes yellow even though it is being watered regularly, then this can be a sign that the plant has exhausted its nutrients in the pot and is in need of fresh soil medium, sometimes though this can be due to other factors such as soil bugs like root mealies stopping the plant from absorbing moisture and nutrients, in this case any soil bugs will need to be completely washed off until there are no traces of them left at all on the roots, and then the roots will need to be treated with a natural systemic insecticide such as Neem oil and left to dry before potting up again in fresh soil.

Please do check out my video below that I have made for my You tube channel on How to re pot a cactus where I show you how you can re-pot two different common shapes of cacti, including the columnar type and the barrel type :

If you are unsure if you need to re pot your cactus and succulent then please watch this video I have made for my You Tube channel below :

Why not make your own Cactus and Succulent soil its so easy and you save money and you know exactly what goes into it ?

Here is a video below that I have made for my You Tube channel on how you can make your own Cactus and succulent soil in 3 easy steps :

Also please check out my other videos below on re-potting where I show you how you can re-pot a different variety of cacti and succulents.

How you can re pot a VERY tall Cactus plant:

How to re-pot a Epiphytic hanging basket :

How to re-pot a Schlumbergera Christmas/Thanksgiving cactus

How to re-pot a tall cactus cutting : 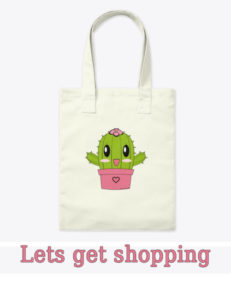